The Minnesota Malayalee Association (MMA) is a non-profit 501(c)(3), apolitical and secular organization striving to promote the culture, traditions and heritage of the Indian state of Kerala to the 2000-plus Keralite community residing in Minnesota. In addition, MMA also focuses on harmoniously blending Kerala traditions within the local population through charitable and educational activities.

Over the past several years, the group has successfully organized several events to bring prominent Indian cultural artists to Minnesota including:

Kerala is an Indian state located on the Coast of south-west India. It was formed on 1st  November 1956 by the States Re-organization Act by combining various Malayalam-speaking regions.

The state has an area of 38,863 km2 (15,005 sq mi) and is bordered by Karnataka to the north and north-east, Tamil Nadu to the east and south, and the Arabian Sea to the west. Thiruvananthapuram is the state capital; other major cities are Kochi (the financial and industrial hub) and Kozhikode. According to a survey by economics research firm Indicus Analytics, five of the ten most livable cities in India are in Kerala.

Kerala is known as God’s Own Country.  According to the Hindu Mythology, Parasurama, an incarnation of Lord Vishnu, threw his axe to identify a land where people can live peacefully and happily.  Thus Kerala was recovered by God, as his own country.  To live up to the name, Kerala is rich with its rich network of rivers, lagoons, thick forests, exotic wild life, calm back waters and with a beautiful shore line on one side and the lush Western Ghat mountains on the other side.  Even when the immediate neighboring states go thru extreme weather changes, Kerala maintains a pleasant weather throughout the year. 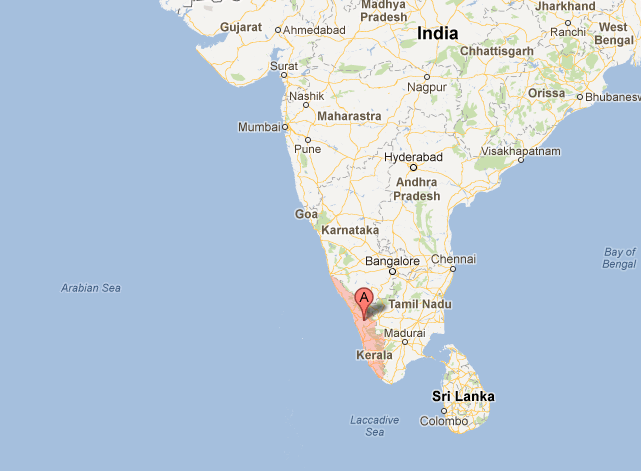